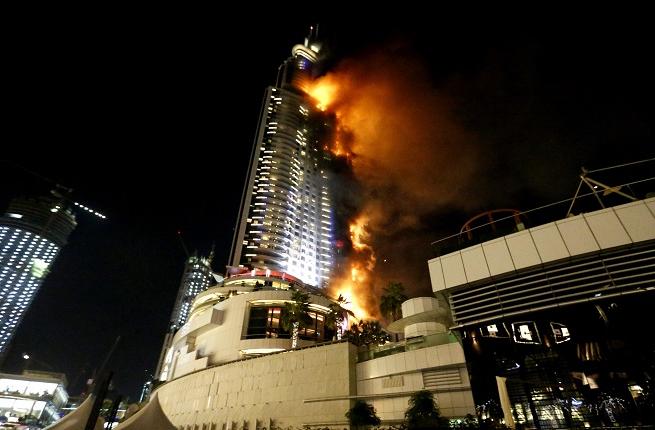 The cost of insuring high rises in Dubai is expected to rise following a number of building fires in the emirate, including the Torch Tower in the Marina area, which caught alight in August for the second time in two years.

Any potential rise in premiums will be partly driven by increased demand for insurance as awareness grows of how at risk some of Dubai’s apartment blocks are to fire outbreaks, according to insurance market experts.

Many tall buildings in the emirate still have inadequate fire safety standards, with some still clad with poor-quality material that allows blazes to spread quickly, they said.

“The fire incidents have continued to occur, as the core problem of flammable cladding has unfortunately not been solved,” said Michael Kortbawi, partner at the Dubai-based law firm, BSA Ahmad Bin Hezeem & Associates.

“This has created awareness with building owners and owners’ associations about the need to carry proper levels of insurance coverage, and has thus led to an increase in demand for cover for high-rise cladded buildings.

“Underwriters have also taken note of the increased risk and have accounted for this in setting their rates. Therefore, rate increases can be expected.”

In 2013, the UAE revised its building safety code, which required cladding on all new buildings over 15 meters to be fire-resistant. Older buildings are exempt from the ruling.

The lack of adequate fire safety standards in high-rise towers is not just a Dubai problem.

In the UK a fire broke out in Grenfell Tower, West London, in June, claiming the lives of at least 80 people.

It is suspected that the blaze was able to spread quickly because of the type of cladding used on the building. Rates will inevitably be higher for those buildings in Dubai that do not meet required safety standards, said Anthony Cerchiai, head of general insurance at Nexus insurance brokers.

“Where a building is sub-standard, such as through the use of dangerous cladding, the insurer might totally refuse to take up the risk, leaving the homeowner or resident exposed and uninsured. In those cases, we advise people to talk to an expert in risk insurance,” he said.

Insurers are likely to be increasingly wary about insuring buildings, according to Tim Davies, deputy CEO at insurance broker Marsh UAE. “In relation to tall towers, we are seeing stricter underwriting criteria and more scrutiny is being applied,” he said.

“During 2016 the market had experienced an increase in the property insurance rates, particularly in respect of high-rise buildings, especially those with cladded exteriors,” he said, adding that this momentum subsided during the second quarter of this year.

“The current fire losses will certainly make more insurers hesitant about decreasing premiums, but we don’t see these current losses as events that push the insurance markets up significantly from the increases already achieved during 2016,” he said.

While premiums for high rises are likely to start edging upwards, the wider insurance market in the UAE remains relatively soft owing to a competitive and overcrowded market, Kortbawi said.

“This leads to a price war, which has affected the premium value on all levels. Until consolidation takes hold or market penetration rates increase, continued price weakness in at least some lines can be expected,” he said. 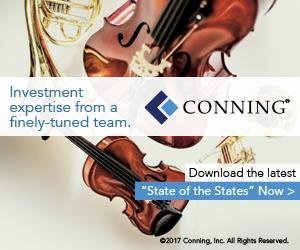 The wealth of capital shouldn’t curb rate increases in what could be a $100 billion catastrophe year, according to Albert Benchimol, Axis Capital Holdings Ltd. president and chief executive

“We had an unauthorised access some time back in July and actions have been taken to rectify the matter,” a BW Group spokesperson confirmed to Riviera Maritime Media in an email exchange.

“Internal and external communications to customers and stakeholders were not impacted, and it was business as usual with some inconveniences … We worked around planned system downtimes as our IT department, with assistance of external consultants, reinforced our cyber security infrastructure.”

According to market intelligence analysts S&P Global, BW Group brought in KPMG’s cyber security consultancy to perform a forensic audit of their systems and the company is working with UK telecommunications giant BT and others to implement new cyber security products.

Cyber attacks against large organisations and businesses have made headlines in recent months after millions were lost in attacks from ransomware viruses such as the WannaCry ransomware and the NotPetya virus, which some researchers have argued was not designed to be used as ransomware.

BW Group has confirmed that the breach of its company’s computer systems did not involve ransomware.

Diane Jenkins, a risk management software consultant who helped to develop the first cyber insurance search engine discussed with Riviera Maritime Media the difficulties in determining the full costs of attacks like those that happened to Maersk. More than 90 days since that attack, she pointed out, Maersk still hadn’t tracked down some of its missing containers.

“How much business interruption loss are they going to face?” Ms Jenkins asked. “We just do not know yet.”

To this point, the NotPetya attack on Maersk is estimated to have cost the company up to US$300M. BW Group did not divulge any information regarding any loss of data or financial assets due to the unauthorised access to its company’s computers.

UAE:4 in 10 people unaware of need for critical illness cover 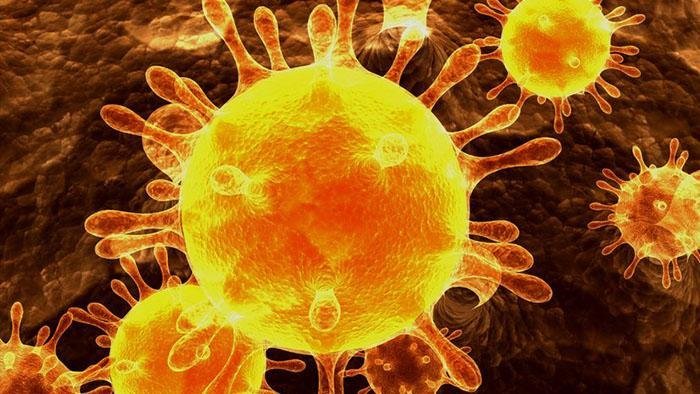 There is still a lot of confusion surrounding a standard medical insurance and a critical illness policy among the public in the UAE, according to research commissioned by Friends Provident International (FPI).

Out of the more than 1,000 respondents polled in the survey, about 40% said the standard medical insurance provided by their employer offers them full coverage when they get a life-threatening illness, reported Gulf News citing the survey findings.

Mr Chris Divito, Managing Director for Middle East and Africa at FPI, said the results of the study are worrying, because they show that many residents assume that their company-sponsored insurance is sufficient to pay the bill in full when they lose a leg or get stricken by cancer.

He said a health insurance is designed to cover only medical expenses, and the amount of coverage is strictly correlated with the actual cost of medical treatment. If the policy holder needs long-term therapy or home-care services, for example, the standard insurance will not provide coverage.

“Health insurance does not usually provide for long-term recuperation, therapy or home-care services should they be required,” FPI said.

“People should consider critical illness insurance as a vital addition to their mandatory health insurance – especially if they have a family who would be impacted financially if they became seriously ill,” said Mr Divito.

The survey, undertaken by YouGov, was conducted between 23 August and 30 August 2017. 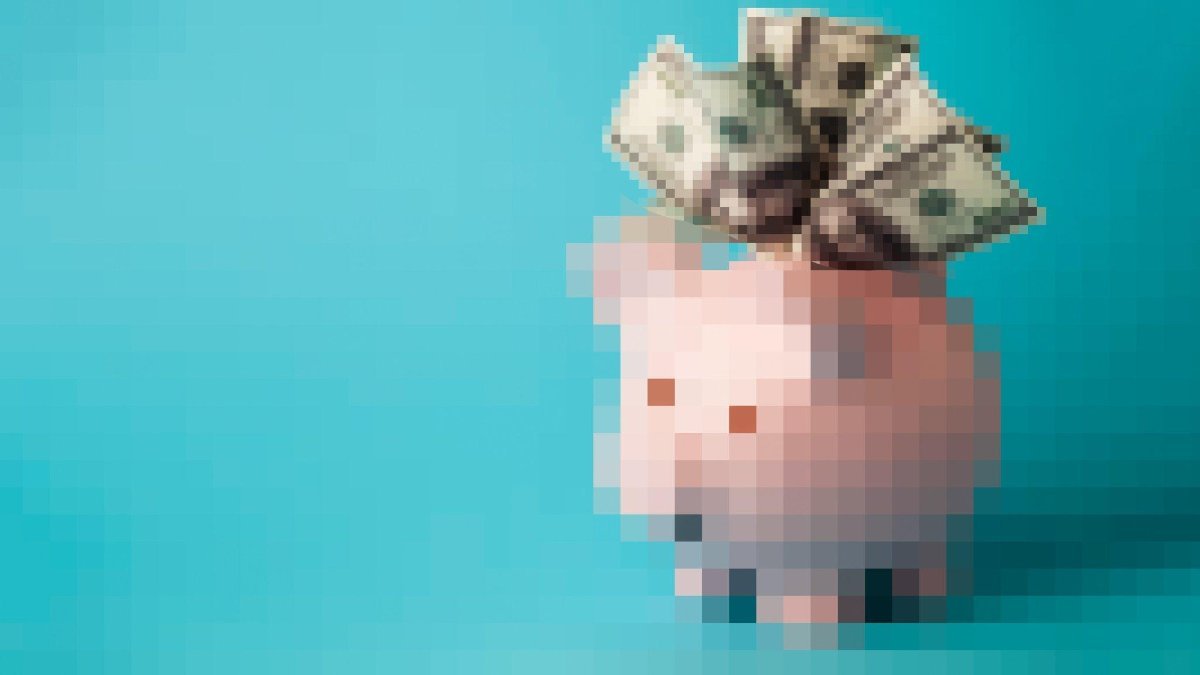